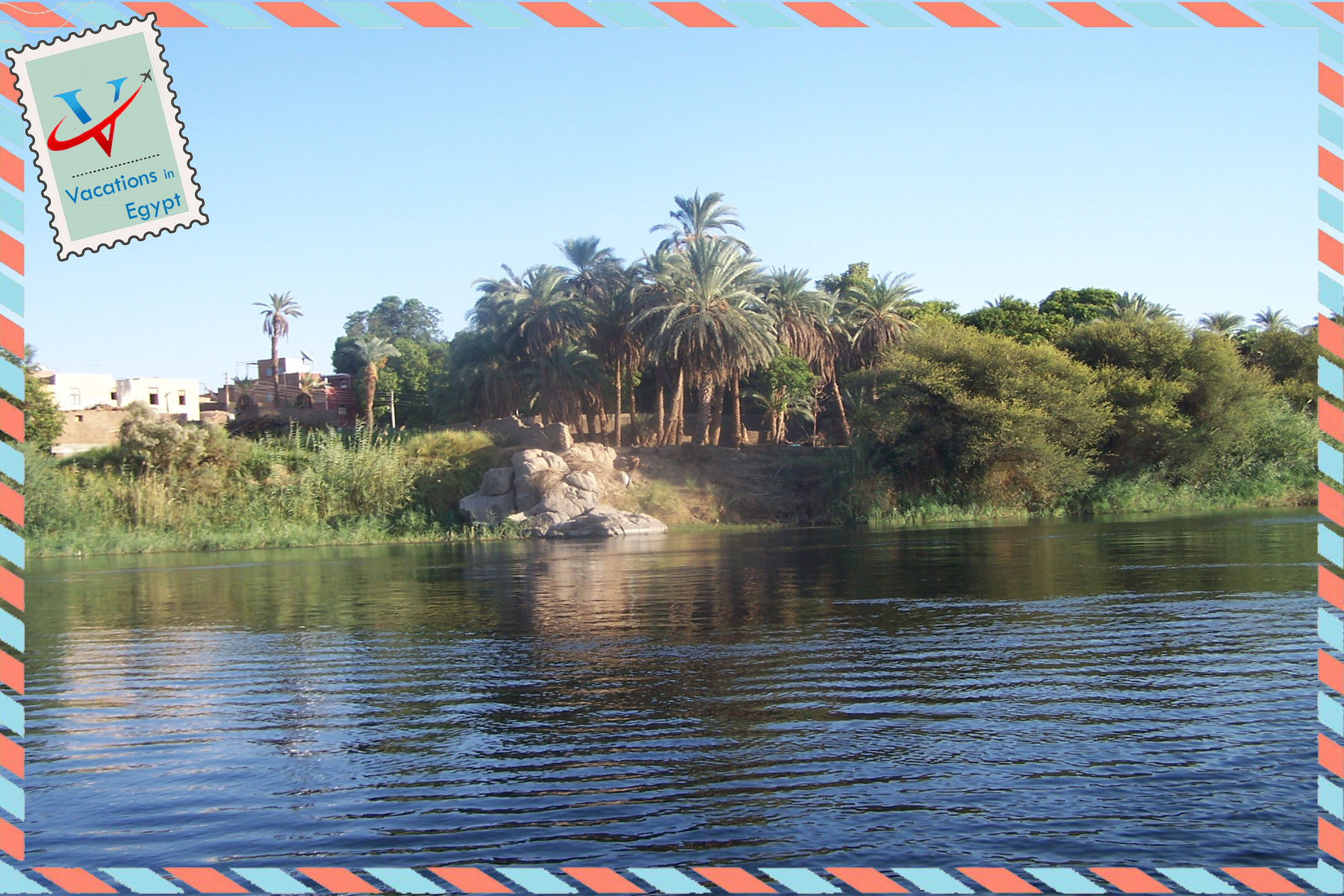 The picturesque rock-island Elephantine, the city of Aswan is an archaeological gem of southern Egypt.
Nowhere else in Egypt could both the several thousand-year-old settlement histories of an ancient city and the history of the origin and development of temples from the time of the pharaohs be better documented than on this Nile island.
Elephantine is an island in the Nile below the first cataract, just before the city of Aswan. The river had to dig itself here by a granite massif and let thereby the approx. 1200 meters long and approx. 400 meters broad island develop.

The Egyptians called the island elephant camp It probably got this name because of the striking rock formations that the Nile had formed on the shores of the island, which from some distance look like groups of elephants.
With the busy island came the worship of local gods. The first temple in the early period was dedicated to the Satis goddess which was extended much later by queen Hatshepsut (about 1478 – 1457 B.C.). Also, other well-known pharaohs built and extended temples on Elephantine, such as Thutmosis III or Amenhotep III.
Many of the temples were completely destroyed in the long history until today. Nevertheless, Elephantine is an interesting destination for Nile travelers, because here, as in Aswan, the red-grey rose granite was extracted, which was reserved for the buildings of the pharaohs and can be found for example in obelisks, statues and offering tables all over Egypt.

The archaeologist site in Elephantine Island

Under the guidance of the royal architects, the stonemasons chose the most homogeneous rocky bench on the site. They began to groom its surface to make it perfectly smooth. Then they dug trenches all around the rock. This area was to be the thickness of the obelisk. As they began to cut the lower part of the obelisk, they suddenly heard a thud and tearing noise. A sound they knew too well. They all rushed to the surface of the monument. Their worries were then confirmed. A large crack had appeared on the surface of the forming obelisk. The stone had cracked under the blows of hammers.
And in an instant, all the hard work of the workers was shattered.
Informed of the tragedy, Hatshepsut saw a sign from the gods. His nephew and successor, Thutmose III, was to be the builder of the Karnak obelisks, a work he accomplished several years later.

The queen project was therefore abandoned and the obelisk remains unfinished to this day.

What to visit in Elephantine Island

There are several interesting places to visit on the island, such as the Nilometer, the Elephantine Museum, and the temple of Khnum. The Nilometer was built in the Roman period and it is possible that it was built on the ruins.