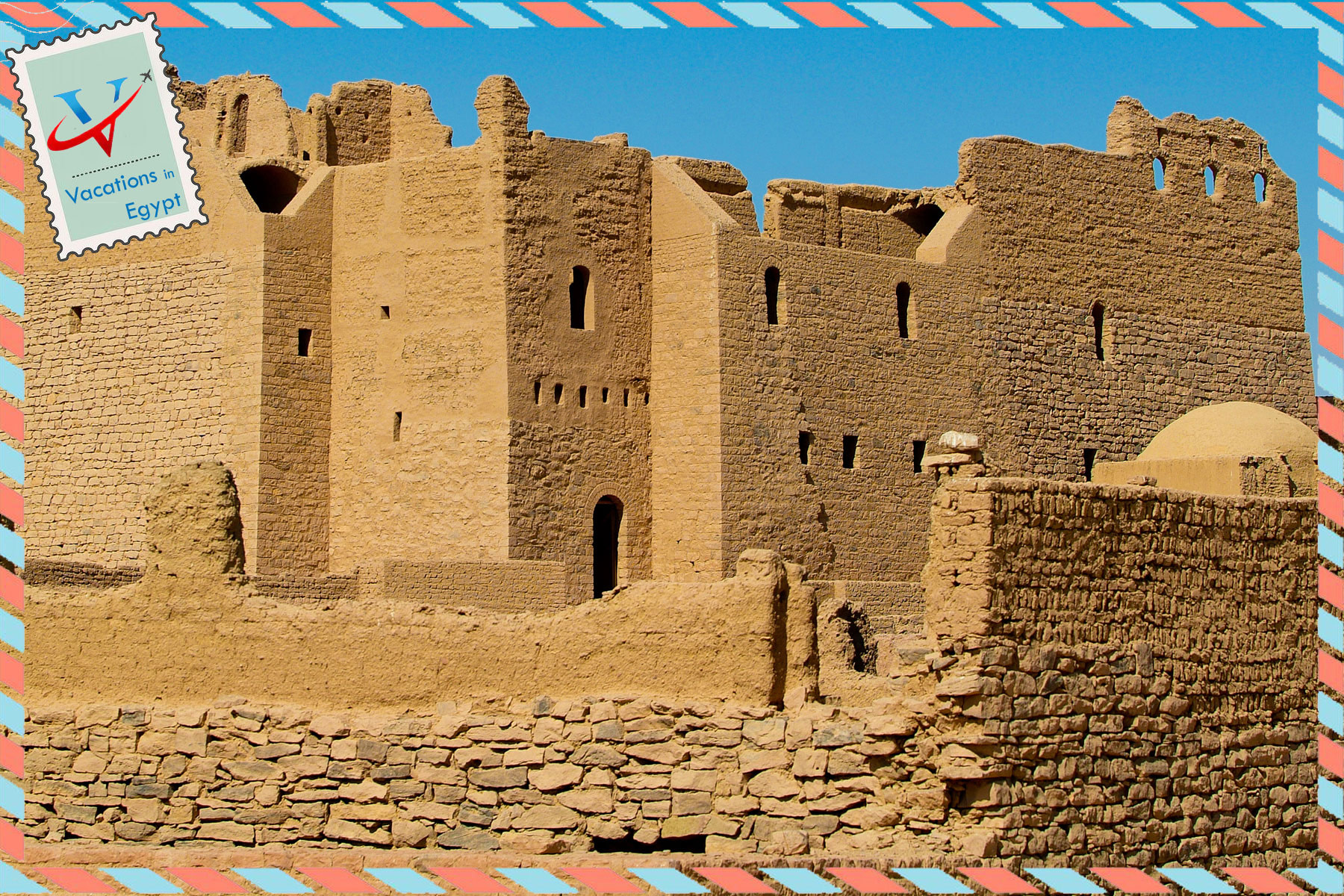 Monastery of St Simeon Aswan (The Monastery of Anba Hatre) is located behind the Aga Khan Mausoleum in the first half of the 6th century St. Simeon is the largest and oldest Romanesque church in Egypt, as well as the best preserved. Originally dedicated to a local saint, destroyed during the Crusades by Saladin in 1173, Saint-Simeon Monastery is a group of buildings separated by horns and surrounded by a high trapezoidal wall of stone and brick. Hundreds of fewer people lived there at that time. The monastery was then abandoned because of the lack of water in the 13th century.

St. Simeon Complex contains four buildings where religious paintings and fabrics of Coptic style, art at the confluence of Egyptian and Hellenistic influences, are preserved. This monastery was originally dedicated to Amba Hadra, a local saint who lived in the 5th century. This monastery was built in the 8th century, rebuilt in the 10th century and abandoned in the 13th century due to the difficulty of water supply and incursions of Bedouin tribes from the desert.
The Monastery of St Simeon forms one of the most complete and best-preserved complexes of Coptic monastic settlements. It is built in brick, which gives it a very characteristic dark hue. The large vaults of the halls give an unforgettable impression.

The buildings of the monastery extend over two terraces on different levels and the whole is surrounded by a surrounding wall 6-7 meters high.

Access to the lower terrace is via the east tower. The entrance in the tower. In the courtyard are on the right the porter lodge and a bench used as a couch for the pilgrims. To the south of this courtyard is the three-vessel basilica which was built in the 10th century. The central vessel is covered by two domes. The baptistery is behind the apse. At the western end of the central nave, a small apse is decorated with wall paintings. In the central niche is painted a Christ in glory surrounded by angels. Bedrooms are arranged around the courtyard and are furnished with beds with headrests.

Access to the upper terrace is via steps to the northwest of the basilica. This staircase is dominated by a massive keep. This keep has three floors that could have been used as a refuge in case of an attack by the Bedouins. In this keep, a central corridor is lined on both sides with cells for the monks. The beds are made of mud-brick, a common practice in Coptic monastic establishments.

The keep is surrounded by outbuildings including the stable, mill, bakery, salt basins, oil presses, drinking water basins, baths, shops, and latrines. The winepress is two-story and circular in plan. The juice from the pressed grape bunches flowed out through a ceiling with holes. Unlike the other Coptic monasteries in Egypt, the convent of Saint Simeon does not have a cistern for water. Water was supplied from the Nile.