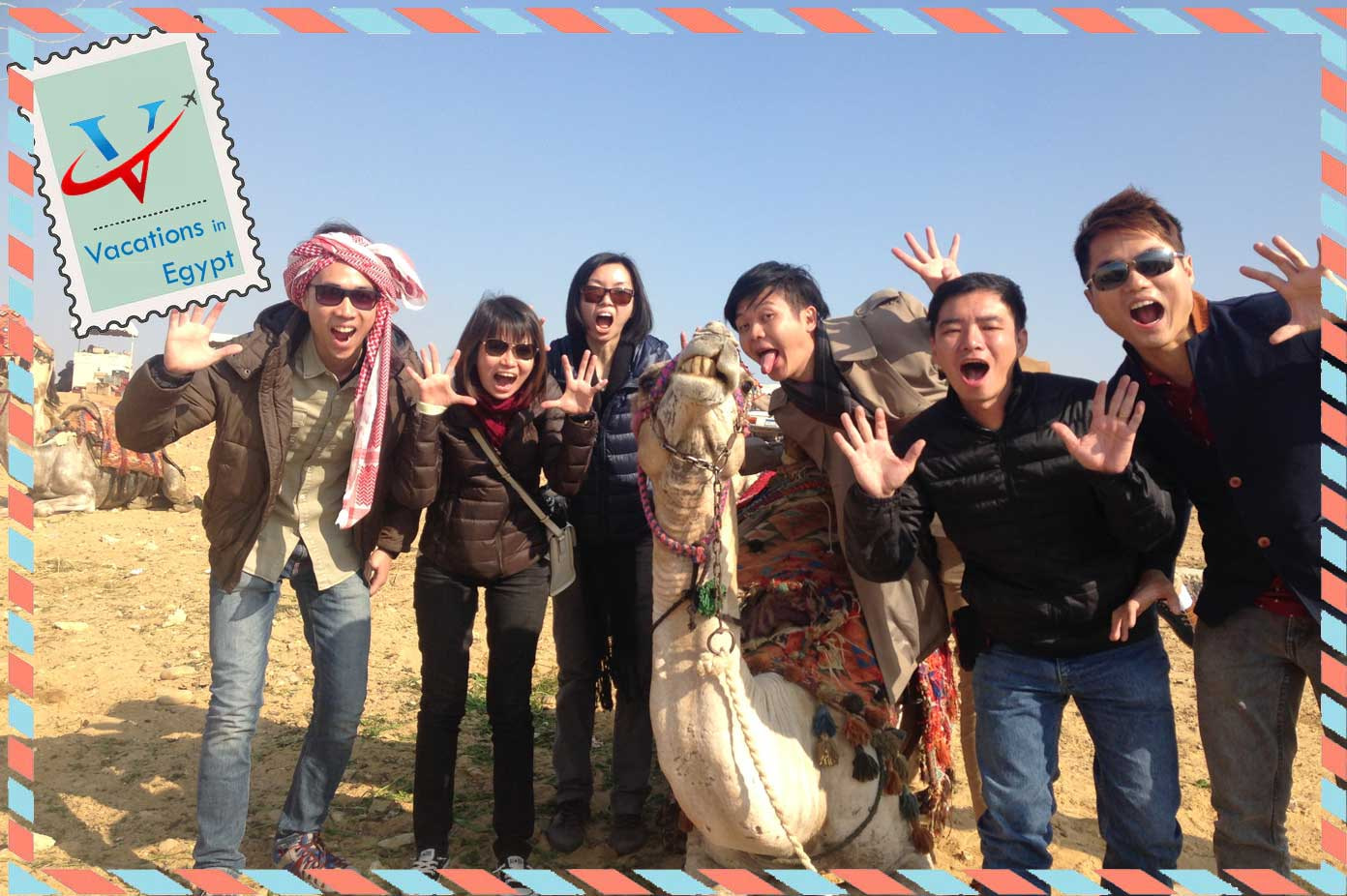 Things to do in Cairo Egypt

Best things to do in Cairo

There are so many unique things to do in Cairo that you can’t experience anywhere else in the world. Of course, you’ll visit cultural treasures like the pyramids of Giza in Cairo, the Egyptian Museum, and hidden treasures of Cairo. But what not many people know: there are many more special things to do in Cairo Egypt… you just need to get away from the beaten track. In this blog we give you 10 best things to do in Cairo Egypt, Seeing vacations in Egypt! With these 12 activities, you will go further back in time, get to know the local life just a little bit better, and discover truly unique places in Cairo Egypt that you didn’t even know existed.

Top things to do in Cairo

The Great Pyramid of Giza

If you go to Egypt, you will of course go to the pyramids of Giza in Cairo. But did you also know that you can go inside the Great Pyramid? The inside of the Great Pyramid of Cheops consists of a huge system of corridors with steep stairs and this is perhaps the pyramid with the most mysteries of all. In 2017, archaeologists discovered a cavity at least 30 meters long above the King’s Gallery, where they expect to find a treasure trove soon. And it’s the Gallery of Kings that you can climb. The climb to the top takes you to the burial chamber where you stand directly below the treasure chamber. Imagine what treasures lie above your head! Sparkling gold statues and dazzling jewelry of turquoise or the sky blue lapis lazuli. Now everyone can let their imagination run wild until we really find out if the treasure room exists!

The impressive Egyptian Museum is not to be missed during your visit to Cairo. You can admire an amazing collection of ancient Egyptian artifacts that take you back to the fascinating world of the ancient Egyptians. The most important pieces are the death masks of some pharaohs, several burial gifts that were buried with them, and the mummy portraits from Fayum.

The showpiece of the museum is without doubt the death mask of Tutankhamun, perhaps the most valuable and most famous Egyptian artifact. Tutankhamun lived in the 14th century BC. He ascended the throne at the age of 8 or 9 and was the youngest Pharaoh ever, but the famous “Boy King” died when he was barely eighteen. His death mask would be a realistic, albeit slightly idealized, representation of his face.

The burial chamber of Tutankhamun was only discovered last century and several art treasures from that burial chamber are exhibited in this museum. For example, you can admire the golden coffin in which the young pharaoh was buried and the impressive throne of Tutankhamun is also on display in the museum. It is absolutely worth visiting the Egyptian Museum in Cairo to see all those art treasures with your own eyes.

Al Azhar Park is the Central Park of the vibrant metropolis of Cairo. In the middle of this bustling metropolis you’ll find a lovely quiet spot among the trees, picnicking with the locals in Cairo where locals also like to come down for an enjoyable afternoon with family or friends. Take a leisurely stroll through the park and see how all kinds of cultures and trends from all over the world converge here. Groups of women chat in the park: one dressed in modern clothes according to the latest international fashion trends and the other in a traditional galabiya (dress). Around them, children run after each other: they get completely immersed in a game that every child in the world knows: tag! Meanwhile, the elderly enjoy the cooling shade of the trees. Here you feel like a real inhabitant of this metropolis.

At the edge of the park, you will find small coffee shops or local food stalls where you can buy traditional falafel or koushari. Take a seat in the cafe or take your lunch to go with you to the park, so you can eat it ‘like a local’ while picnicking in the park.

If you want to end this outing a bit more luxurious, have lunch or dinner in one of the two restaurants with international and local cuisine in Al Azhar Park in Cairo. Reservations in advance in these restaurants are recommended.

At the last minute, you will take a visit to one of the most beautiful mosques in Cairo, Ibn Tulun Mosque. The neighborhood around this mosque is a real working-class neighborhood with the typical clay-colored houses full of black soot and several beautiful, old buildings that unfortunately haven’t been cleaned for a while. The mosque is large and completely symmetrical with some old plaster here and there, very nice. We climb the particularly shaped minaret and look out over the residential area. You will picnic up here in the last rays of the sun. The more than eleven centuries-old Ibn Tulun mosque Cairo is according to many people one of the most beautiful mosques in the world and in terms of surface the largest mosque in the city.

Spread over Cairo you’ll find almost a thousand mosques, ranging from small mosques that hardly stand out in the streetscape to beautiful buildings with minarets that challenge photographers to capture them as beautifully as possible. If you visit Cairo you should at least make a slogan from the most beautiful mosques in the city and see at least one of them inside.

Things to do in Cairo at night

Cairo Tower is the city’s television tower and is centrally located in Cairo on the island of Gezira. The 187-meter-high tower, Shaped like a lotus flower features an open-air panoramic deck that provides a 360-degree view of the city. Keep in mind that around sunset it is often crowded on the platform. If you’re lucky and there’s no thick layer of smog over the city, you can see the pyramids of Giza in a westerly direction.

The thousand-kilometer-long River Nile is the most important lifeline of Egypt and Cairo. Thanks to the Nile, life in the desert and the city is possible. The Nile river is also a recreational place in Cairo. Especially at night, brightly lit canal boats with lots of music travel up the Nile. On the permanent floating palaces along the banks of Nile River at night you can eat, drink and smoke shisha (water pipe).

This largest bazaar in the country has two both a tourist function and an important commercial role in the daily life of the locals. Bazaar Khan el Khalili is the largest souk in the Arab world and offers visitors a wide variety of merchandise. For tourists there are the well-known souvenirs such as pharaoh statues, perfumes, and water pipes. In the many streets and alleys you can also buy plenty of spices, vegetables, clothing, and other essentials.

In the Heliopolis district, less than a ten-minute drive from Cairo International Airport stands the city stars mall Cairo. This state-of-the-art mall contrasts sharply with Cairo’s poor neighborhoods, busy bazaars in polluted and noisy streets, and everyday life in the city. The seven-story complex is a shopping center. Right next to the shopping mall is the luxurious InterContinental hotel.

Deserts in Egypt and oases

Egypt has several beautiful deserts and oases. Some of the most famous are the White Desert and the Black Desert. If you have the chance to visit one of the many deserts in Egypt, you should definitely take that chance. Below we have listed some of our favorite desert tours where you can sometimes go on an adventure with a quad bike, explore the desert on horseback or camel or stay with Bedouins.

The Bahariya Oasis is closest to Cairo and is therefore the most accessible oasis. Although dense according to Egyptian standards is relative, because you still have to bridge 365 kilometers. Yet this special place is definitely worth a visit. Amidst the vast dusty landscape of rocks and sand, you suddenly find yourself in a sea of shady date palms and natural springs.

Bahariya oasis in Egypt is for many visitors their first introduction to the barren beauty of the Western Desert.

About 50 kilometers south of El-Bawiti, the sandy desert soil takes on black color, it is the beginning of the Black Desert Egypt. This desert owes its typical color to a layer of black powder and black stones that ended up on the plateaus and peaks due to the erosion of the nearby mountains. It is a popular stop for excursions from the Bahariya oasis and even if you visit the White Desert you will probably stop here for a while.

After your visit to the Black Desert and a drive through the impressive Valley of Agabat, you will arrive white desert of Egypt. You’ll wander around this national park among spectacular white rock formations that were given unusual shapes by the wind. You can also spend the night in the White Desert in a tent camp under the clear starry sky, a nice alternative for those who prefer not to stay in the Bahariya oasis.